Holographic display for SEIKO ASTRON. Version 3 of the exhibition that started in 2012. Being aware of ASTRON’s advanced functional beauty and the sense of floating that is peculiar to holograms, images overflowing with a sense of solidity and depth are expressed to produce a voyage through space-time by means of a digital world. The watch-stand, with its specially designed polyhedrons, is an abstract design in the form of a ship.

The work produced for the Baselworld 2015 held in Switzerland was later featured as a promotion window in countries worldwide. 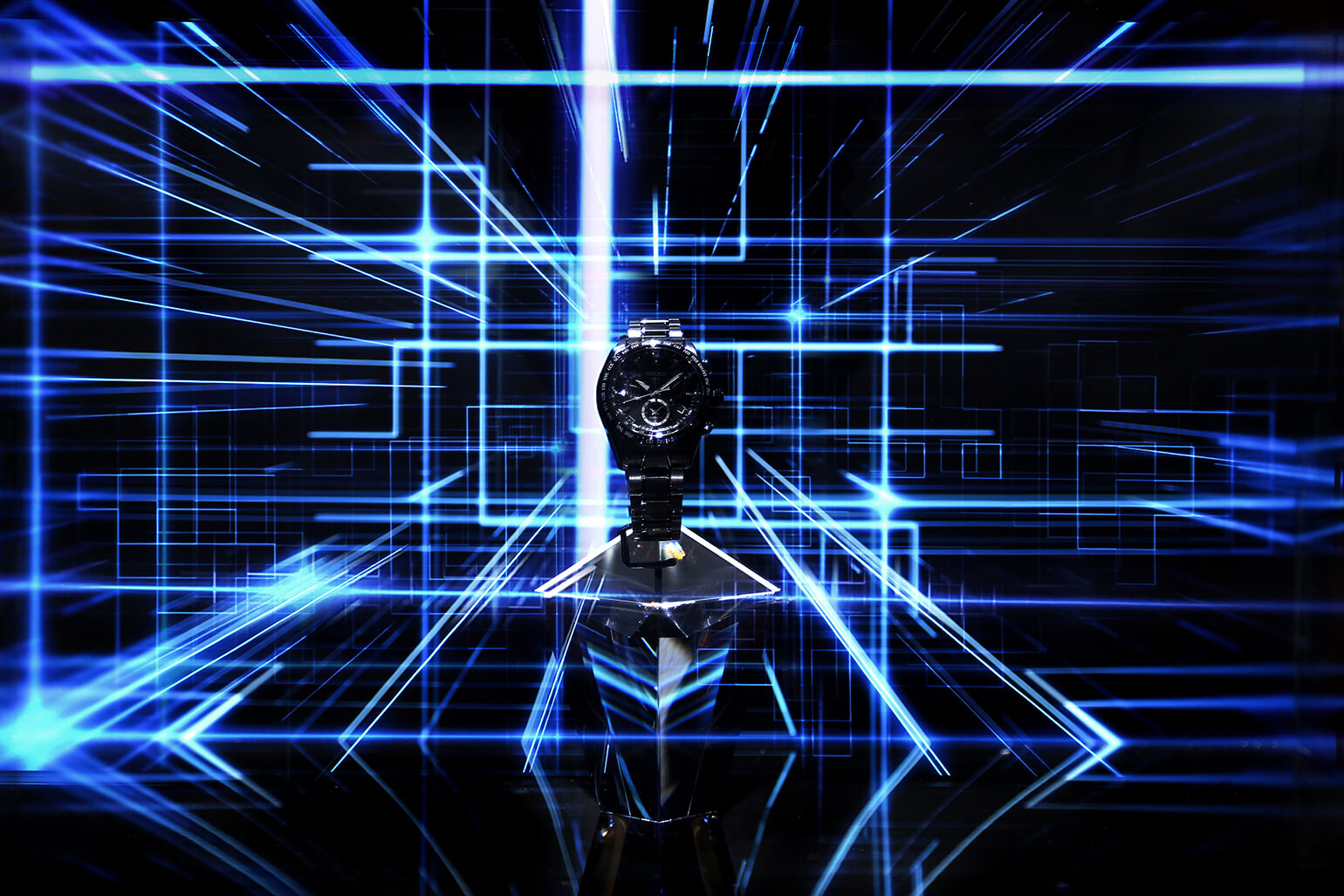