Installation giving a dynamic experience of the scene in the story of “The Little Prince” where the Prince is taken by a migratory bird on a journey into space. When releasing a handheld sphere of light, a bird of light gently flies away from one’s hand as though parachuting, and seems to fly through space together with the viewer when the viewer moves.

Produced for the Saint-Exupéry’s Little Prince Exhibition“ held throughout Japan in 2007, and later exhibited in France, Brazil and Italy. 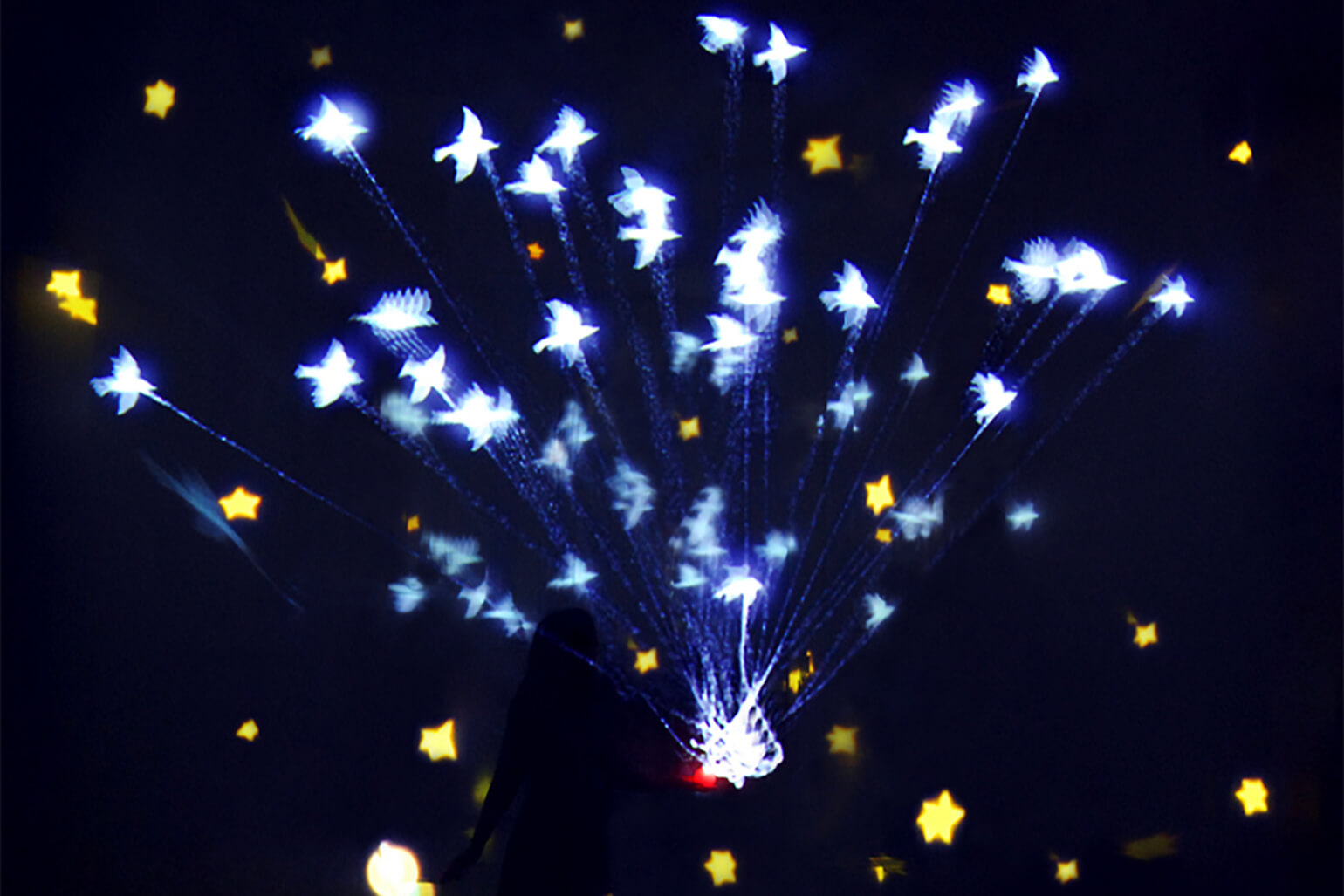